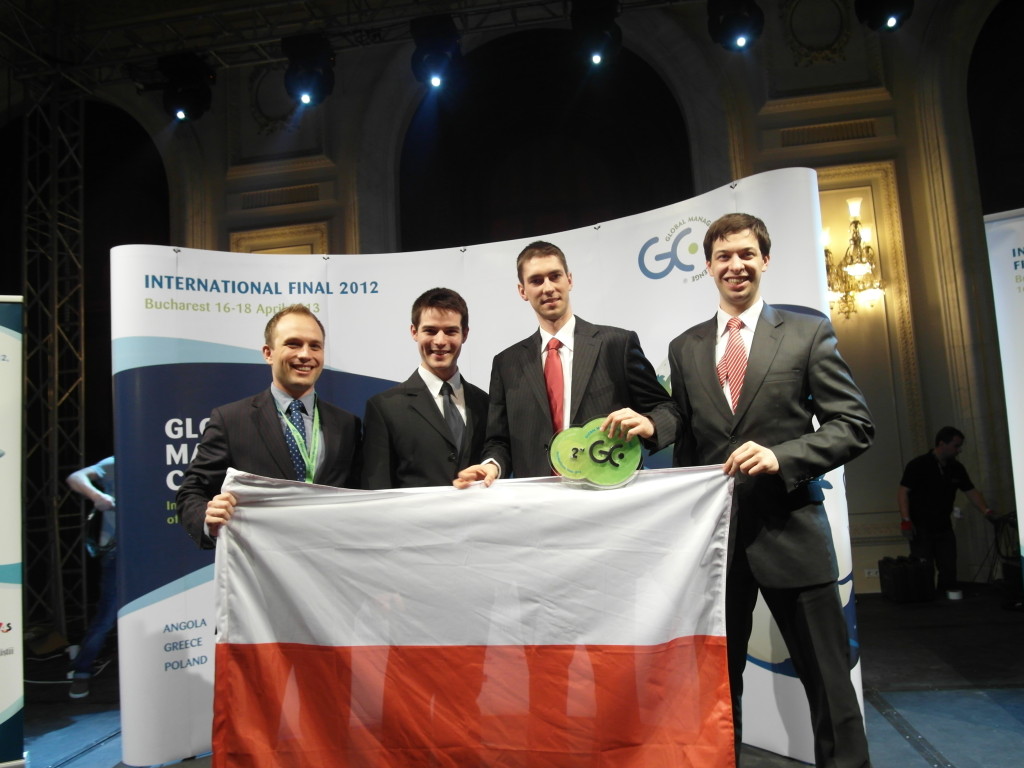 Finals had 2 stages. 24 teams – national representations take a part in the first round that took place on April 17th. Teams were randomly divided into 4 groups, within which they were competing. Polish team was in a group with China, Spain, Romania, Mexico and Latvia. Only 2 best teams from each group advance to the final. Poland, along with China, has been qualified to the next round. Other finalists were: Ukraine, Slovakia, France, Portugal, Russia, and Estonia.

The final round was played on April 18th. After an exciting rivalry Polish team took the second place, with a slightly lower score than the winning team from the Ukraine. The third place went to the team from China. Results at the end of the competition were as follows:

The gala ceremony where the final results were announced was held in the building of Palace of Parliament and was attended by the President of Romania Traian Băsescu.

“All the teams have a very high level and managed well their companies. Interestingly, the teams have applied different strategies, yet the differences were minimal at the end. “- Says Marek Rogala, a member of Piratas del Norte team.

Marek Rogala, Filip Stachura, Damian Rodziewicz and Paweł Przytuła are  the students of the University of Warsaw, who in March won the national edition of the GMC, and earn the right to represent Poland in the world finals. During a thrilling final in Bucharest, the Poles have demonstrated extraordinary knowledge, skills and business insight.

Polish national teams since 2004 (when students from Krakow won the final of the World GMC), always have a high reputation from other teams participating in the competition. For many years, our teams gain very good results in the management of the companies in the simulation.