End of the first stage of the GMC Poland 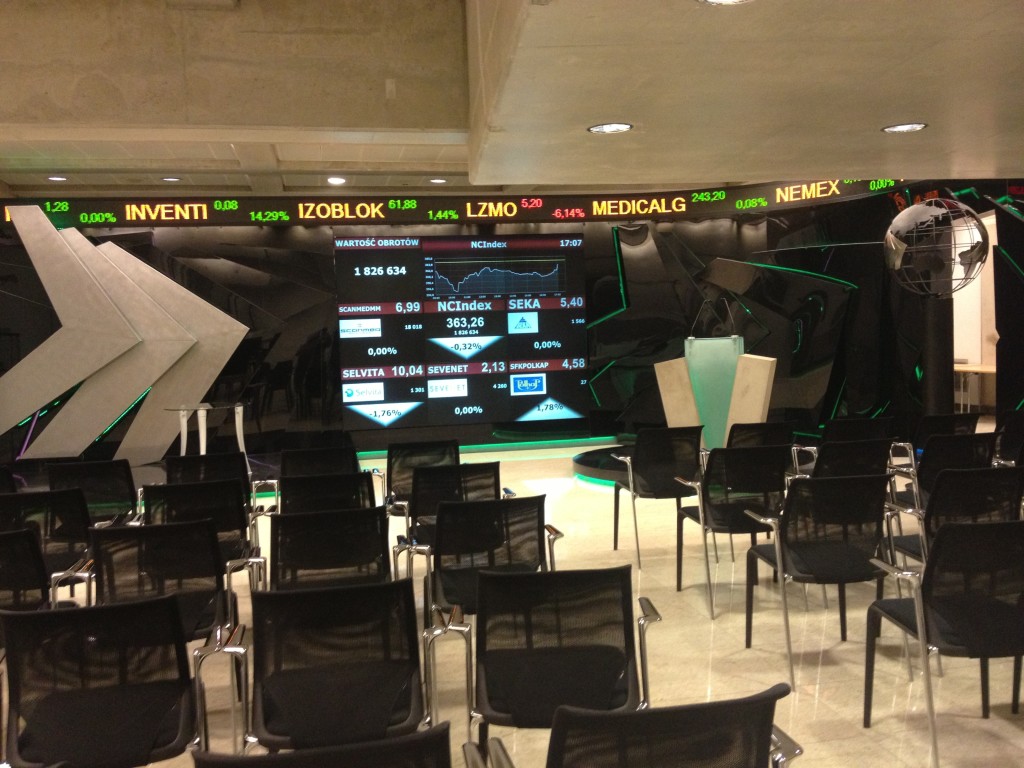 Only 64 teams advance to the II stage of the GMC Poland 2013 . Among them are the student teams and corporate representatives of companies such as: BZ WBK , KPMG , Carrefour, EXATEL and NetWorks ! .

422 team competed in a first stage which lasted for five weeks . Participants faced a difficult scenario, because the price of shares of the company they had to manage not exceed the nominal value of 1 euro. Because of that it was not possible to issue the shares to raise capital, which was planned by many teams.

GMC Poland Competition continues – we are beginning the second stage . In eight groups of eight teams , participants will compete for 5 weeks for promotion to the finals . National final in the form of a one-day session will be held at the New Connect Hall on the Warsaw Stock Exchange on March 31.

Announcement of the results, on the WSE Trading Floor , will be presented on April 1 during the Gala .
The winning team of the Polish edition will represent our country at the world finals in September.