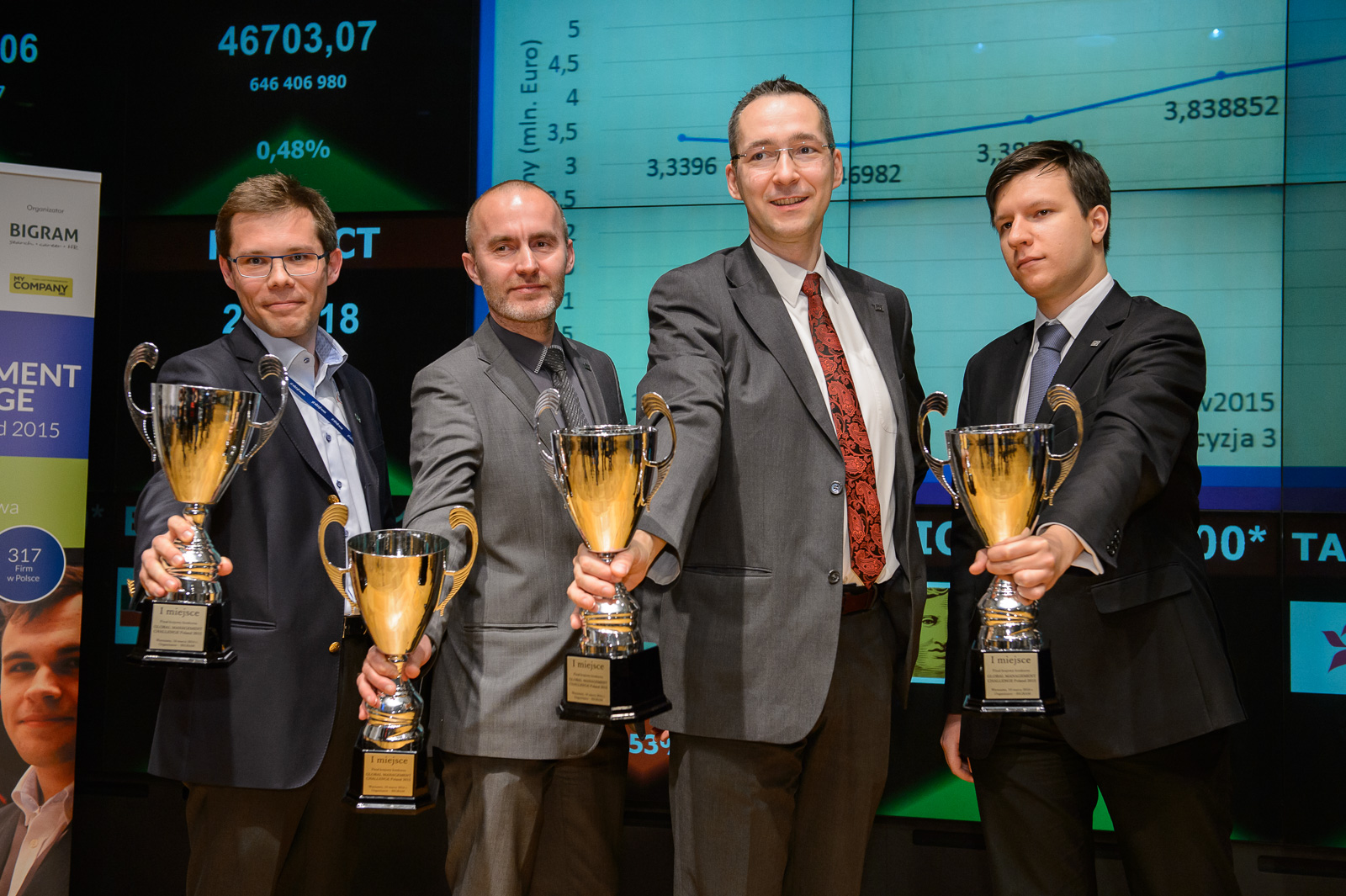 After a very balanced and fierce battle in the finals of GMC Poland 2015 we know the winner! Team PGE Przyszłość representing PGE Capital Group won the competition!

336 teams participated in the 16th edition of the competition. KGHM was the strategic Partner of the project. After a thrilling competition in the first two stages on-line only 8 teams got to the finals, which took place on March 9 at the Warsaw Stock Exchange. Among the finalists were 3 company teams representing KGHM, 2 from PGE Capital Group and 3 student teams sponsored by PGNiG Obrót Detaliczny, Rzeczpospolita and KGHM.

GMC focuses students and motivated managers that are driven by a need to develop skills and gain new experiences. What motivates them to work and why they choose to change employer? These are just some of the questions that the panelists were trying to answer. Additionally, they talked about how a company can consciously prepare for the adoption of Gen Y, Z and how to respond to their needs. The issue of diversity and joining a team of experienced managers with ambitions of young people, which gives an opportunity of learning for both groups, was also discussed.

The highest score in the final investment was reached by PGE Przyszłość – a team representing PGE Capital Group. The team included 4 managers: Sławomir Sztrajt, Tomasz Szabluk, Pweł Stawski, Sebastian Maciejewski. The team will represent Poland during the international finals in Macau in April and received an postgraduate studies at Kozminski University.

Results of the finals were as follows: