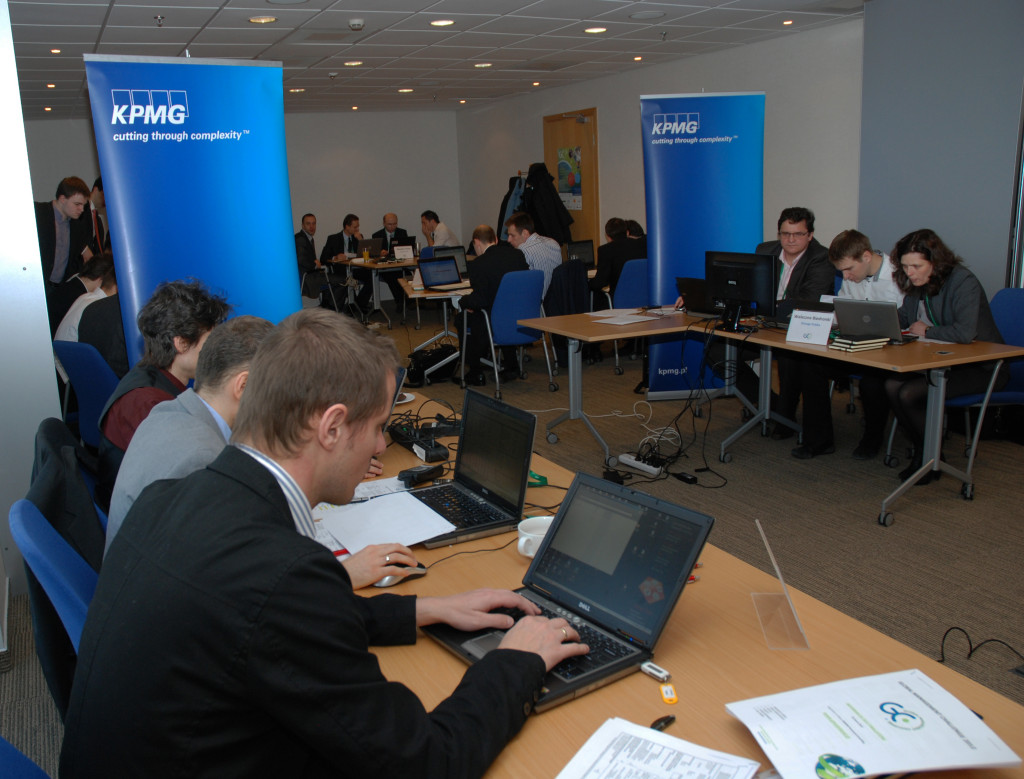 “In 2012, for the first time KPMG in Poland join Global Management Challenge as General Sponsor. We are really encouraged with the success of the teams that represent us. 14 team compeeting under the name of KPMG advanced to the secound stage. It confirms our belief that it is worthy to invest in the development of talents and that the competition fits perfectly with our policy – it creates the opportunity to develop business awareness, as well as enhancing skills such as strategic management, financial analysis and evaluation of emerging risks. This creates a unique opportunity for the development of a number of key skills in the business world – both for young people, students beginning their careers as well as those with experience, business professionals. ” – Michał Ostalski, HR Director in KPMG Poland

After three stages played on-line eight top teams met in the finals at the offices of KPMG in Warsaw. Among them, the staff  of Orange Poland and students from Warsaw, Krakow and Wroclaw (sponsored by KPMG, PZU Group, the Polish Chamber of Insurance and Orange Poland). All teams compete in the market for investors, customers and even employees. The results were announced on the Trading Floor of Warsaw Stock Exchange.

The best was a team of  Warsaw University students, sponsored by Orange Poland, known as Piratas del Norte. Finalists received congratulations and statues from the hands of the President of the Warsaw Stock Exchange, Mr. Adam Maciejewski. In addition to the reward of participation in the GMC World Final that was held on 17-18 April in Bucharest, the team members were invited for postgraduate studies at Kozminski University.

Awards and diplomas were handed to other teams by: Dr. Wieslaw Rozłucki (honorary member of the  GMC Chapter), Jacek Kowalski (Member of the Board in Orange Poland), Leszek Wronski (KPMG Partner), Zbigniew Krzysztoń (Director of the Human Resource Department in Polish Gas and Oil Company), Paweł Noculak (Development Director in BZ WBK) Zbigniew Augustynowicz (Deputy Director of the Department of Education and Publishing at NBP) and prof. Grzegorz Mazurek (Vice-Rector for International Relations at Kozminski University).

Second place was taken by team “Revenge”, sponsored by the PZU Group. The prize for second place was an invitation to a seminar – “Authorities”, that will be chaired by Dr. Tony Alessandra. Third place won the team of The Insiders.

During the Gala at the Warsaw Stock Exchange, the organizers have announced changes in the simulation. In all countries where the competition takes place, from 2013 edition will be used new extensive simulator, which will add the decisions related to environmental protection, employee training, and real estate investments.

Video relation from the final and gala of GMC Poland 2012: